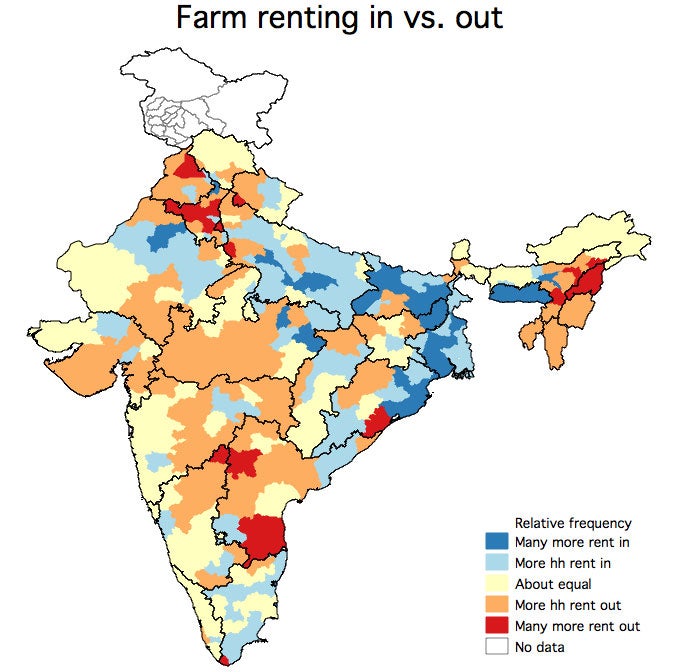 Farm households frequently rent in land from other land owning households nearby. Traditional rural agricultural was often structured with a few large landowners and many poorer tenants. However, now in many areas, more prosperous farmers often rent in many parcels from small landowners. The relative frequency of renting in versus renting out land is an indicator of more traditional rural social structure. The map on the left displays the differences between renting out and renting in: 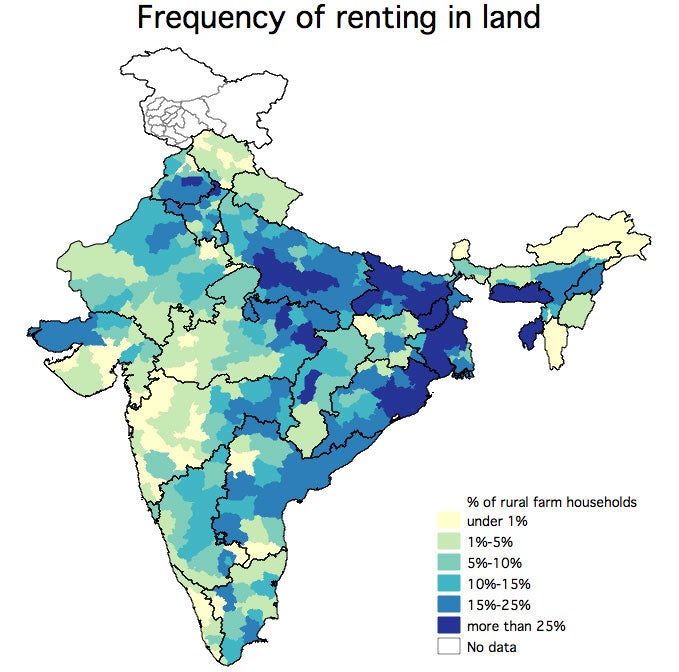 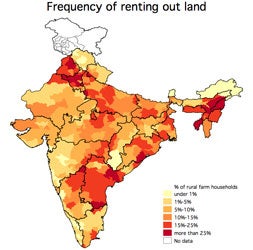